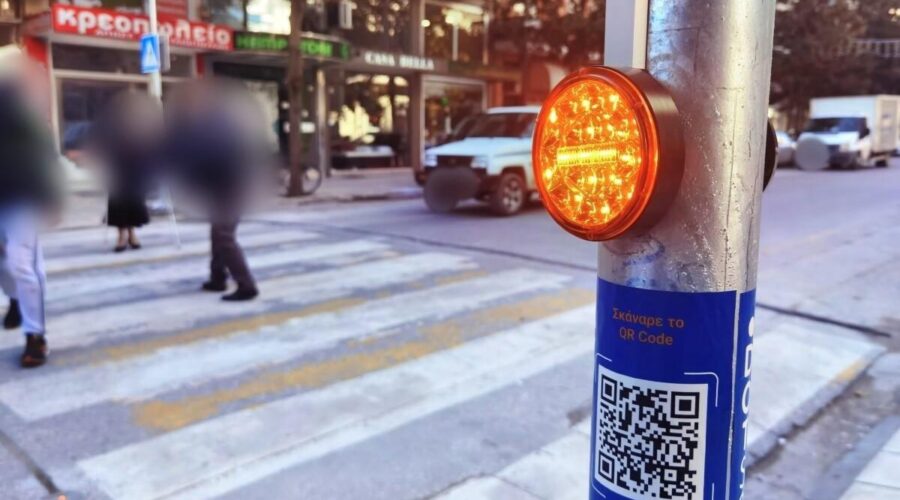 The company Eur.Elec in collaboration with the company Dotsoft and e-Trikala SA, implemented the first installation of smart pedestrian crossing with mechanical vision technology in Greece, at the crossing of St. Sarafi Street in the Municipality of Trikala.

The system consists of a mechanical vision camera, which detects pedestrians crossing the passage and automatically activates warning equipment, in order to draw the attention of drivers who move their vehicles towards the crossing.

More specifically, the system control unit automatically commands to increase the brightness of the LED sign of the passage, while at the same time activating yellow warning lights on the masts. In the meantime, it activates flashing LED elements on the road, which are visible from a long distance from the drivers.

It should be noted that the system is fully compliant with personal data legislation, as the mechanical vision camera does not detect or record persons or other characteristics of by-passers.